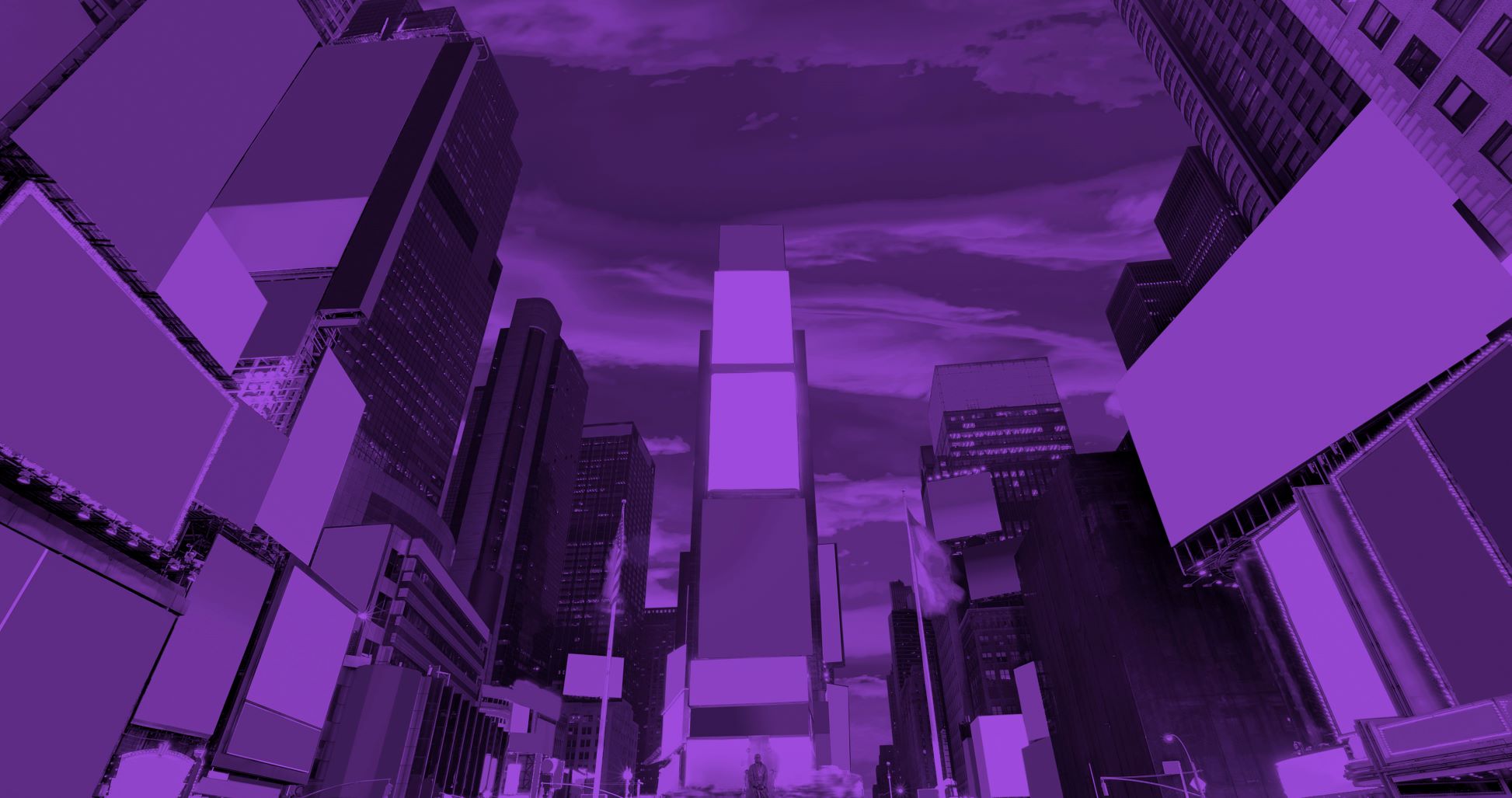 Big brands are trying to get creative and stay relevant at a time when people are just trying to figure out their new normal while conserving money.

As people face the lockdown and are forced to comply with social distancing rules, some companies are trying to do the same.

Here are a few of the companies that have recently been promoting the message of physical distancing and staying home, by editing their original logos and taglines in a creative way. 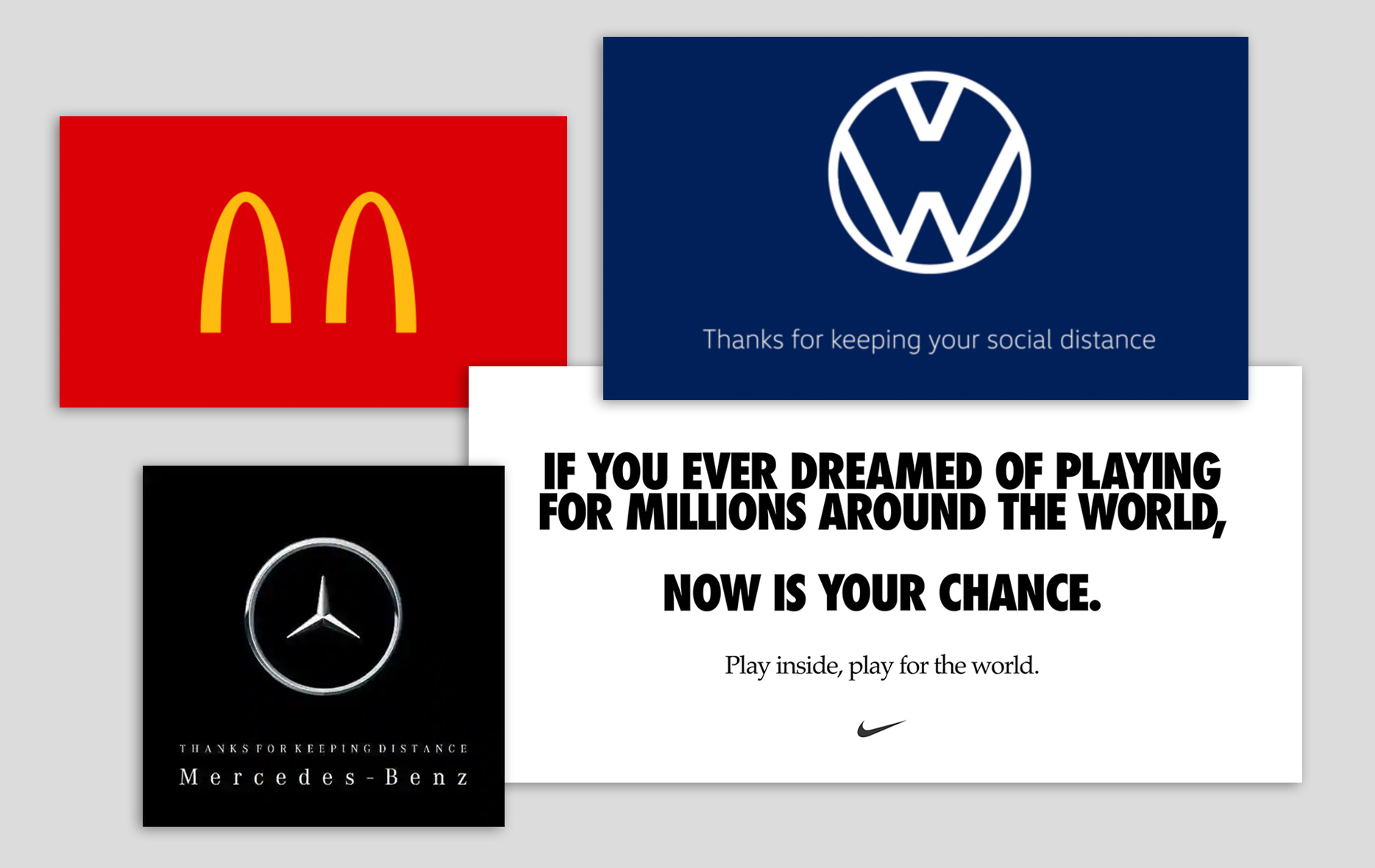 McDonald’s received quite a bit of negativity around their logo change with customers commenting that they don’t want them to be creative with their logos but rather to see the initiatives that they have been contributing to help communities in need. On the other hand, other brands like Volkswagen, Mercedes and Nike have seen relatively positive feedback from their audience. This may be primarily due to the fact that these logos were shared on their social media channels where majority of their followership contains their fans and loyal customers. 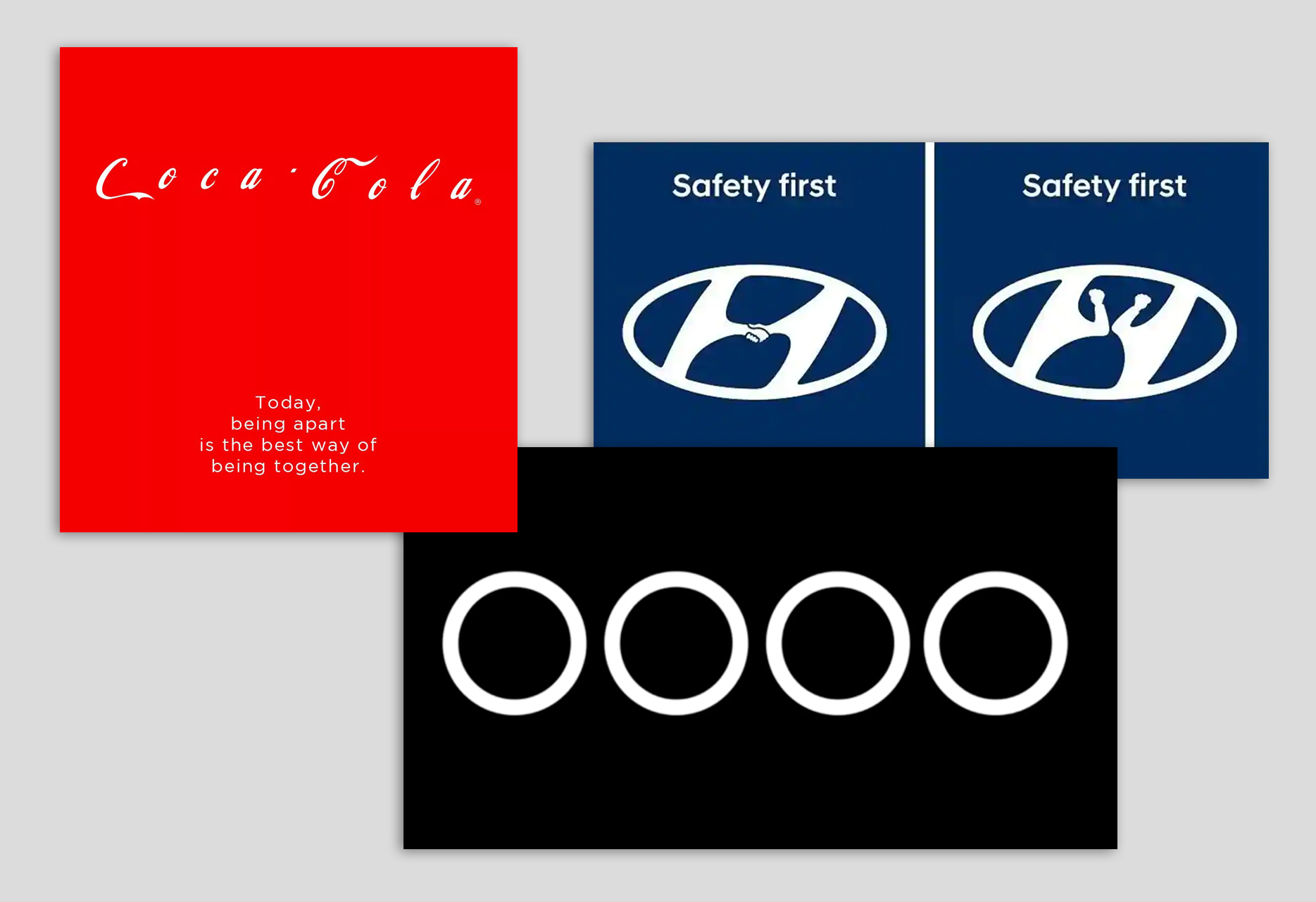 Coca Cola, Hyundai and Audi have received both positive and negative responses from their change in logos. It appears that users that are loyal to the brand don’t mind the change and even like it, but those who are either indifferent or have negative perceptions of the brand, view this change rather negatively.

The overall responses to these logos have been mixed and people’s reactions are largely associated with whether or not they trust the intention of the company to be true and if that company is providing support during the pandemic where they can through donations, giving back to their local communities, and other charitable contributions. The good news is, all these brands are contributing and providing support in their own ways. For example, Mercedes-Benz is playing their part in Canada by collaborating with their local communities with its Rolling It Forward campaign to deliver toiletries to frontline workers. In Toronto, Mercedes-Benz is lending the Meals on Wheels and Second Harvest meal distribution programs a van to help deliver weekly meals across the GTA.

For now, as it appears from many reactions online a quick logo edit job isn’t the solution. If the logo change was made just to send a message of empathy the reactions have generally been negative as the brands are seen as trying to increase their awareness during these sensitive times. Brands need to strike a balance between creativity and sensitivity if they want to earn consumers’ trust and loyalty at a time uncertainty is abundant.

Our view is that if brands want to promote social distancing and safety that’s great and necessary. It’s just not really the opportunity to be clever with logos and taglines if the strategy behind the brand tweak doesn’t include action and tactics that help to drive change and make an impact.